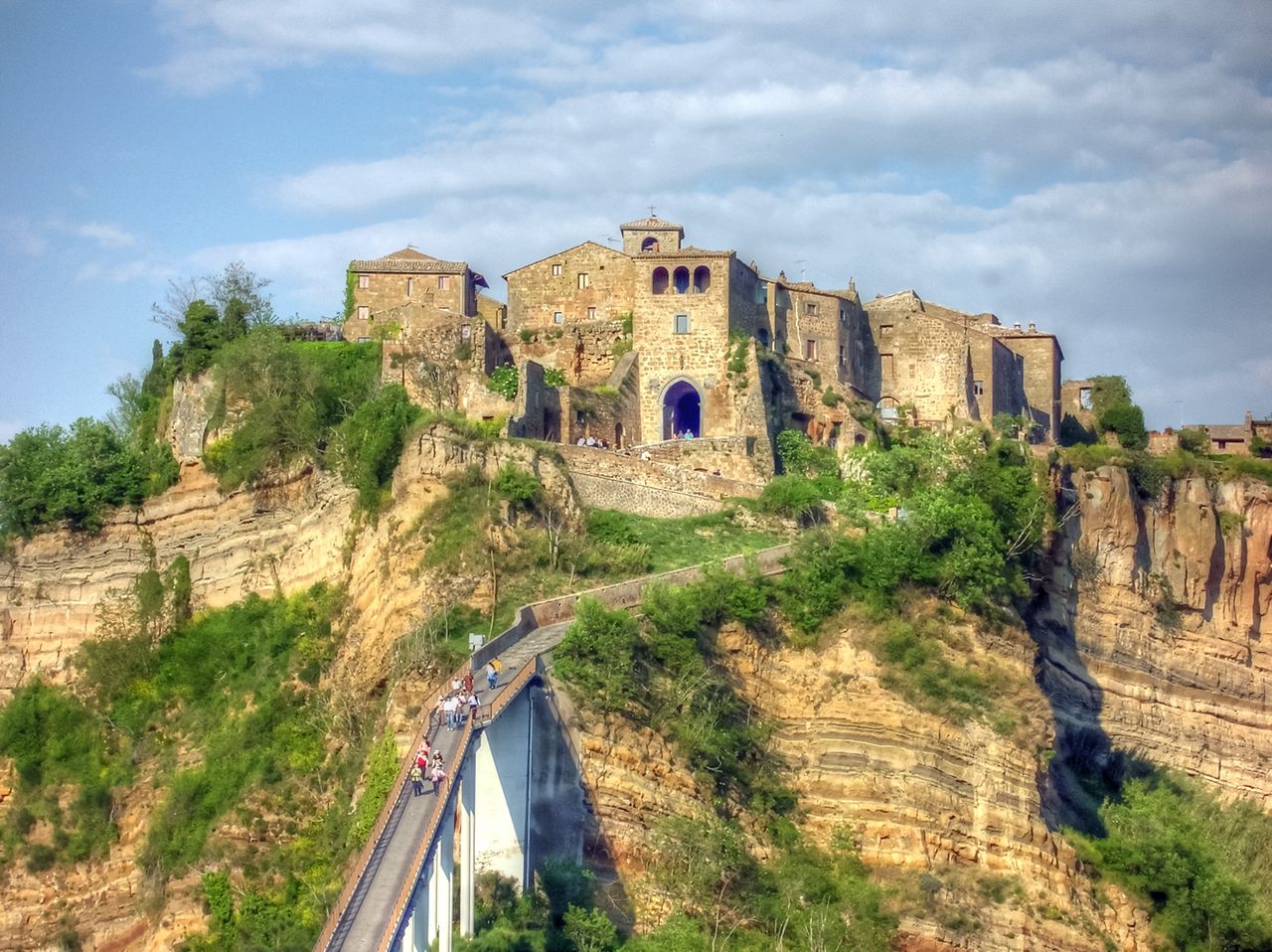 This hamlet is completely isolated and can be accessed only via a reinforced concrete pedestrian bridge. This isolation is due to the progressive erosion of the hill and surrounding valley and the formation of badlands, which risk making Civita di Bagnoregio disappear; this is why it is also known as the “dying town”.

Only a few families currently live in this hamlet. Every year, it is a popular tourist destination and it has served several times as a film set.

The hamlet still has a number of medieval houses. Other landmarks are the Church of San Donato (on the main square), Palazzo Vescovile, a 16th century mill, the birthplace of Saint Bonaventura, and the gate of Santa Maria, which features two lions that hold a human head in their paws (in remembrance of a popular revolt against the Monaldeschi family from Orvieto).

The beautiful living nativity scene during the Christmas holidays is a heartfelt tradition. The medieval roads of Civita are the perfect setting for this nativity scene that draws great public attention.

The century-old Palio della Tonna is set up in the main square every first Sunday of June and of September, a donkey derby where the town districts challenge each other supported by the entire town.