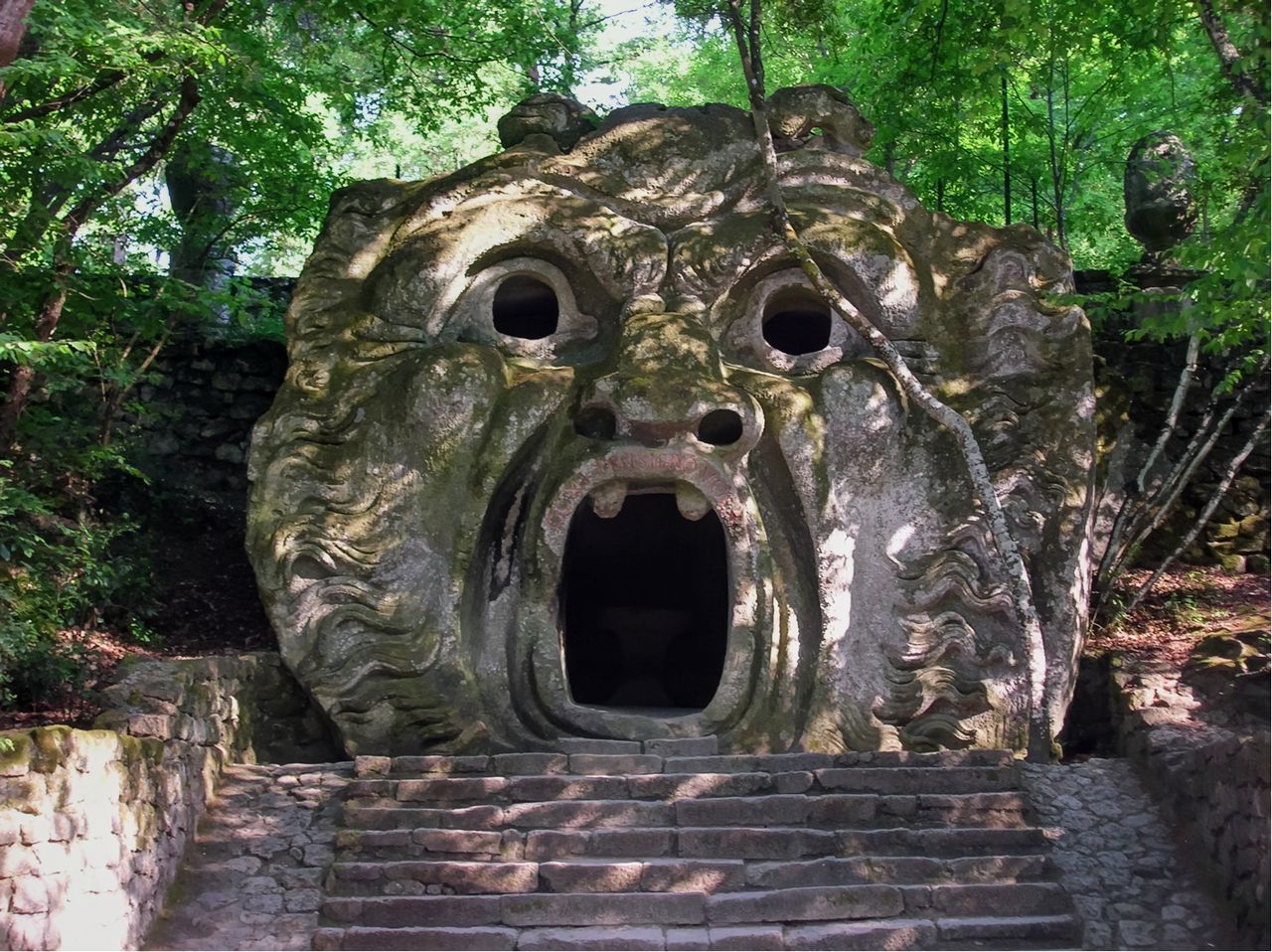 Vicino Orsini had these monuments depicting monstrous and mythological animals built in the 15th century. The architects were Pirro Ligorio, Jacopo Barozzi da Vignola, and their successors. Orsini called the park Sacro Bosco (Sacred Wood) and dedicated it to his wife, Giulia Farnese.

There are also examples of “impossible architecture”, such as the leaning house, and some enigmatic statues that probably represent the steps of an alchemical path. The inscriptions on the monuments surprise and confuse visitors. Perhaps this was the prince’s intention: Voi che pel mondo gite errando vaghi di veder meraviglie alte et stupende (You who wander around in search of great and beautiful wonders).
There are also some moral implications: Animus quiescendo fit prudentior ergo (Rest makes the soul more cautious).
Or perhaps, all this was done only “for art’s sake”: Tu ch'entri qua con mente parte a parte et dimmi poi se tante meraviglie sien fatte per inganno o pur per arte (You who enter here, tell me if such wonders have been made to deceive of purely for art).

Scientists, historians, and philologists have tried to explain the maze of symbols and have found ancient themes of Renaissance literature, such as Petrarch’s Canzoniere, Ludovico Ariosto’s Orlando Furioso, and Bernardo Tasso’s poem, Amadigi.

However, it is probably impossible to find a universal interpretation of so many mysteries. After the death of the last Orsini prince in 1585, the park was abandoned only to be restored in late 20th century by Giancarlo and Tina Severi Bettini. After they died, they were buried in the little temple inside the park, which is probably the burial place of Giulia Farnese as well.