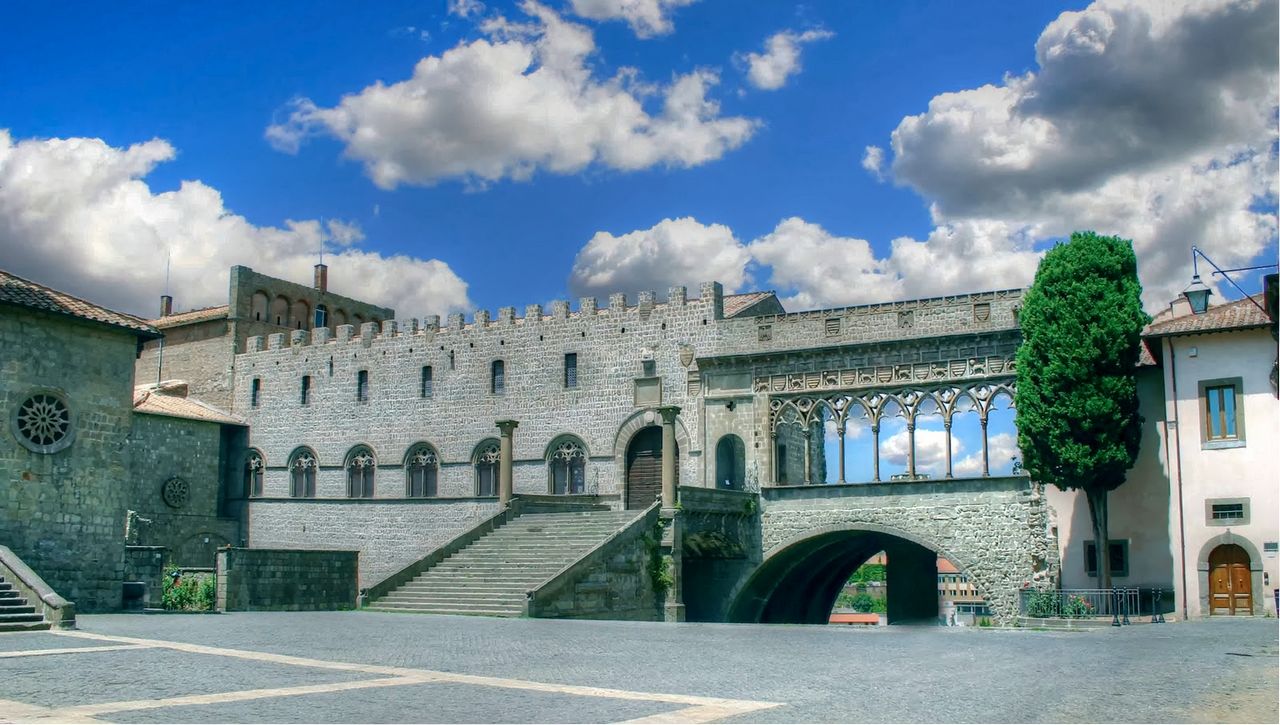 The province capital Viterbo has a population of approximately 60,000. Known as the City of Popes, Viterbo is located at the centre of the province, between the Cimini Mountains and Lakes Bolsena and Vico.

There is a striking contrast between its medieval city centre and the modern outskirts. The famous Spa of the Popes, the Bullicame hot springs, and the Etruscan necropolis of Castel d’Asso are located just outside Viterbo.

There is evidence of Neolithic and Eneolithic settlements and some Etruscan remains in the ancient history of Viterbo. Many historians believe that, during the Etruscan Age, the settlement was not considered a vicus, unlike 15th century historians, who assumed the presence of an Etruscan Tetrapolis, probably misled by the acronym FAVL, which they thought to be the initials of four villages (Fanum, Arbanum, Vetulonia, Longula).

The Castrum Herculis military garrison was probably built after the Roman Conquest. The name of the garrison is due to the presence of a temple dedicated to the mythological hero (the lion, symbol of Viterbo, derives from this anecdote).

The medieval city originated from a castrum, a Lombard fortress located at the border between their possessions in Tuscia and the Byzantine Duchy of Rome. San Lorenzo, mentioned in the Sutri donation that King Liutprand had promised to the Church in 729, was fortified in 773 by King Desiderius, during the final period of his contention with Charlemagne.

A papal document dating back to 852 recognises Castrum Viterbii as a property of the lands of San Pietro, while Otto I included the castle among the possessions of the Church.