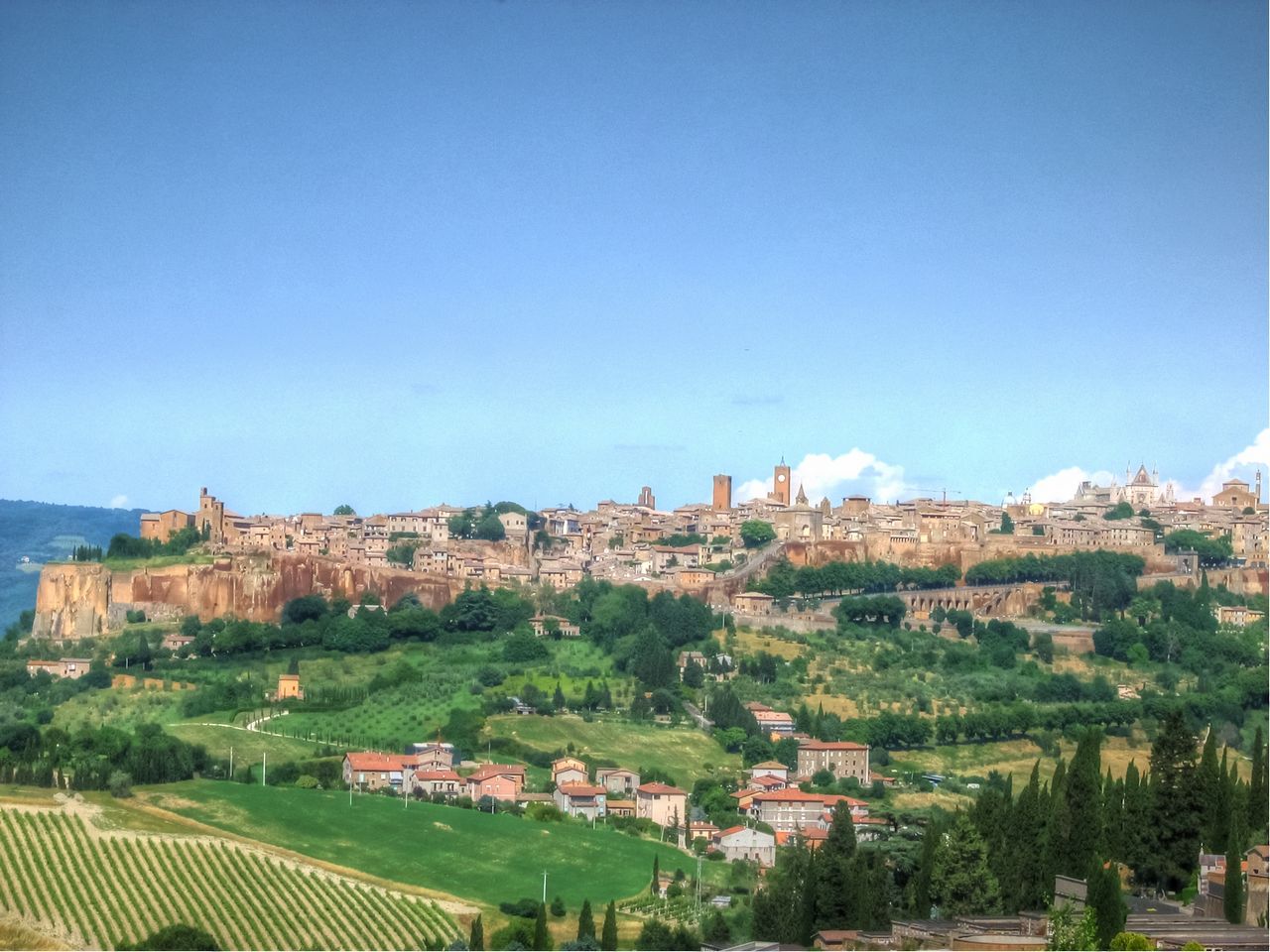 The town of Orvieto is located on a tufa cliff that dominates the plain where rivers Paglia and Chiana flow before they join the Tiber.
The enormous brownish volcanic tufa cliff that rises between twenty and fifty metres was formed by the eruption of volcanoes.
Reliable information, regarding the earliest human settlements date back to the 7th century BC, but it is believed that the place was inhabited already during the Bronze and Iron Age.

Recent archaeological excavations and studies have uncovered evidence of the Etruscan presence, which provides a reliable, although incomplete, picture of the ancient city identified – not without uncertainties and controversies among the etruscologists – in the city of Velzna.

This Etruscan city was probably called Volsinii Veteres (the dispute is still open, but this appears to be the most plausible) and it was located near Fanum Voltumnae, a famous Etruscan sanctuary, where religious rituals, games and events took place every year.

The city underwent economic growth between the 8th and 9th century BC, which mainly benefited the rich families of the oligarchic regime and led to population growth in what appeared to be a multiethnic city. All this is witnessed by the remains uncovered on the cliff and in the nearby necropolis.

The city was at the top of its power between the 6th and 4th century BC, when it became a thriving commercial and artistic centre and whose military supremacy was ensured by its strategic position, which made it a natural fortress.